Preparing for Elijah
Young Jews in Diaspora and in the urban areas of coastal Israel are in need of reminding and education in the hope of the Fathers of Israel, so that there are a people who would be prepared for the coming of Elijah, to prepare their hearts for Messiah.
The Israeli government has recognised the lack of knowledge of Jewish heritage both in the country and more so in Diaspora. They made an announcement that school children are to visit places like Hebron (see also here). Also the Jewish Birthright program which brings youth to Israel to teach them about the Land, which has been found to be most successful for Aliyah in has expanded with an announcement of an extension of Israeli Government funding (see here) They hope to bring 51,000 young Jews from over 50 countries to Israel per year (please see here

The project proposed is a hostel, or a place where people may dwell in transit, like a tent.

“The LORD also shall save the tents of Judah first“. (Zechiariah 12:7)

Stage One is to cater for 10-20 people staying overnight, allowing them to stay at the site rather than be scattered

It is proposed to be located near Kfar Etzion and the Kfar Etzion Field School at the former Kibbutz Masu’ot Yitzhak, Isaac Beacon’s.

The land of Gush Etzion is owned by the government. We don’t need to buy land. Anything built needs to comply with government procedure.

It is proposed that the project be designed and procured by the Gush Etzion Foundation who often work with people to turn ideas into projects, and has now a track history, which may be verified.

Such a project as we have suggested is useful and not what has been done by Christian groups before. But there are a few buildings which have been built for Christians who wished to donate to affirm the truth of the covenant with the fathers of Israel or to obtain a blessing (and some to make a political statement- a thing which we don’t do).

After we suggested the hostel – the need for such a building has increased in Gush Etzion. Due to government requirement that students go to Gush Ezion and Hebron need now at least another 10 bed building. They teach history and the Torah, and are involved in Aliyah programs such as ‘Birthright‘, also which recently was given increased funding.

It is in the Gush Etzion region but they take the people to go out to the wilderness. Etzion means ‘tree’ and is located at a spring,

When the poor and needy seek water, and there is none, and their tongue faileth for thirst, I the LORD will hear them, I the God of Israel will not forsake them. I will open rivers in high places, and fountains in the midst of the valleys: I will make the wilderness a pool of water, and the dry land springs of water. I will plant in the wilderness the cedar, the shittah tree, and the myrtle, and the oil tree; I will set in the desert the fir tree, and the pine, and the box tree together: That they may see, and know, and consider, and understand together, that the hand of the LORD hath done this, and the Holy One of Israel hath created it. (Isaiah 41:17-20)

Masu’ot Yitzhak is in a forest area planted by the JNF “governors of Judah as hearth of fire amongst the wood (Heb. ets).” (Zech 12:6)

We have a unique opportunity in that we have expertise in an engineer Israel to check over the plans and costings.

The location
Massout Yitzhak is half way between Jerusalem and Hebron, and on the path of the Patriarchs. It is close to the heart of Jewish Judea. From this side on the mountain much of Israel may be seen on a clear day. 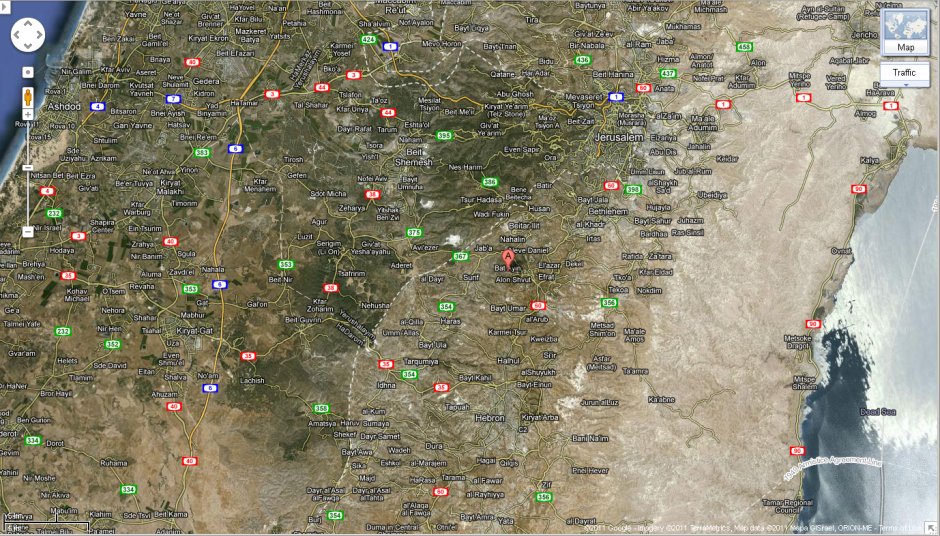 The site is within a few kilometres from Jerusalem, and in a region known as the southern Gateway of Jerusalem.

Below is a video of the area and history. 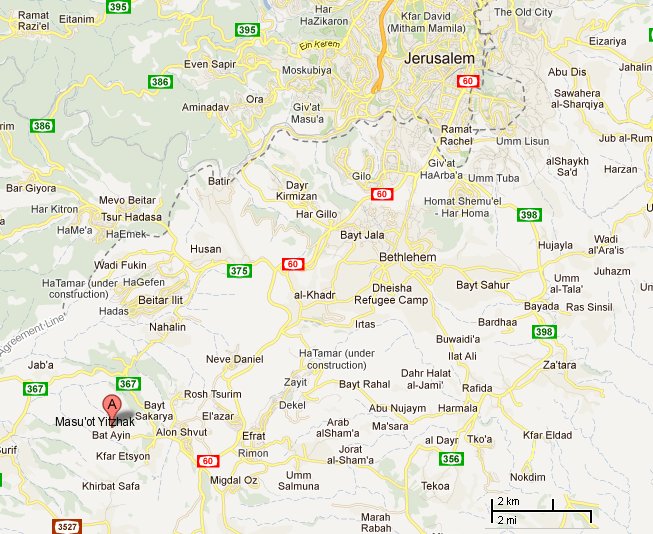 The area, as the southern gateway to Jerusalem, is significant and its history is closely related to Jerusalem’s, which explains Zechariah’s comment that, “the governors of Judah shall say in their heart, The inhabitants of Jerusalem shall be my strength in the LORD of hosts their God.” Zech 12:5

The existing teaching hall is shown the the photos below. 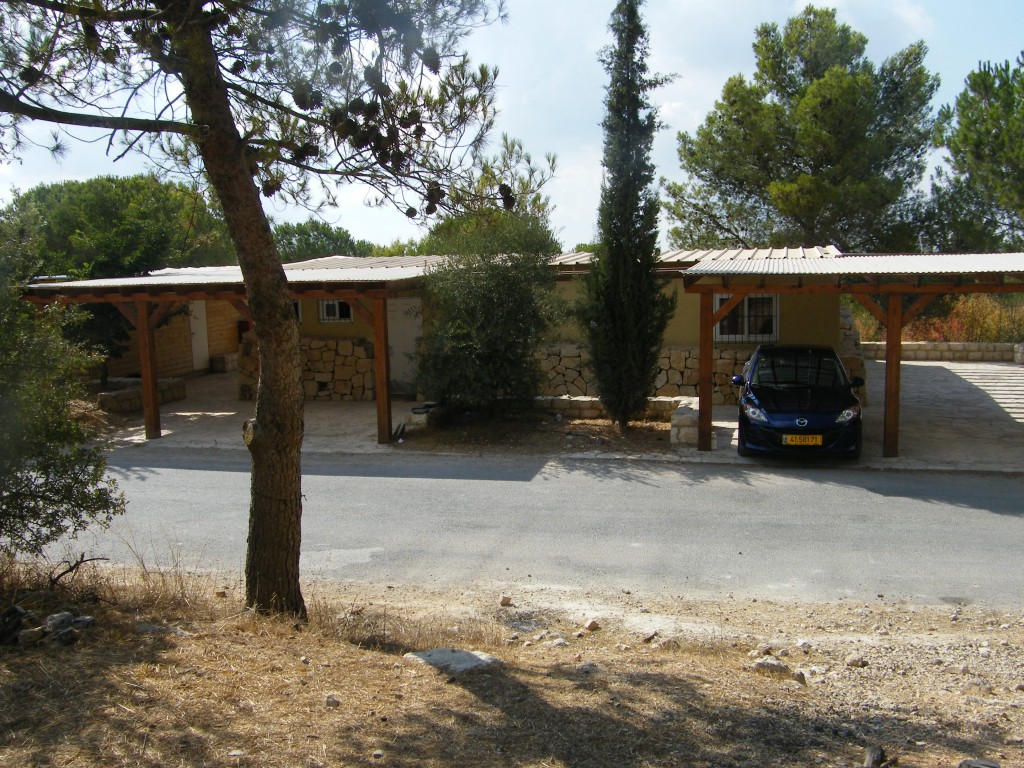 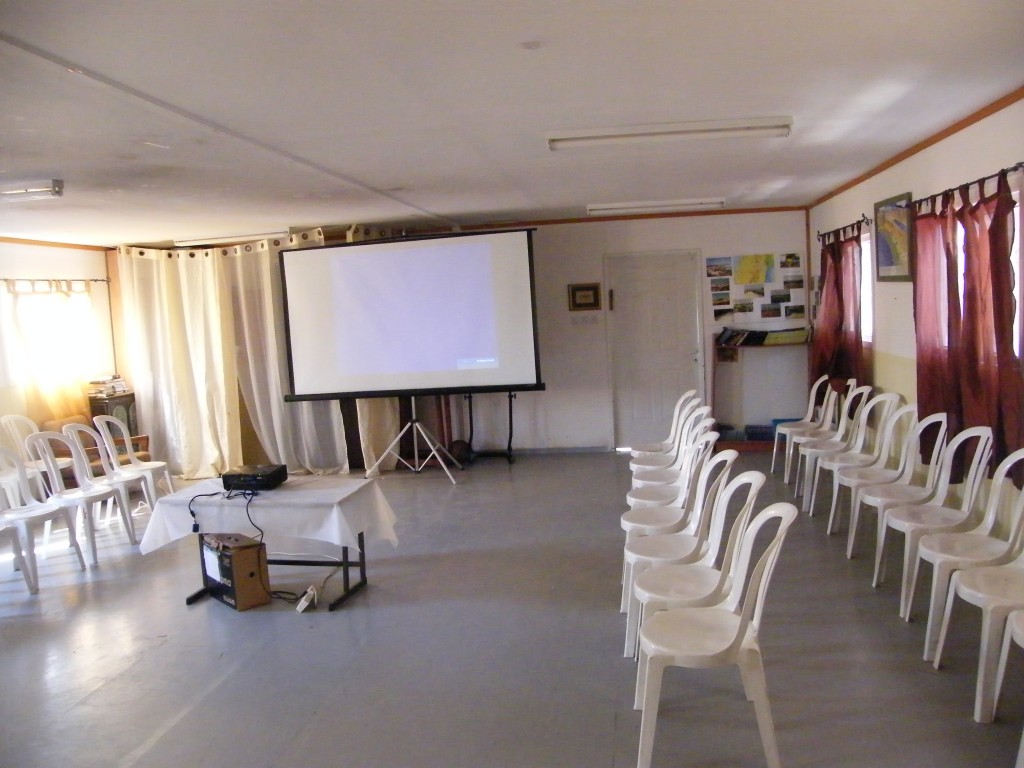 Planning
Below are the elevations for the proposed work. It involves almost doubling the size of the existing building, with a sleeping wing accessed from a verandah. 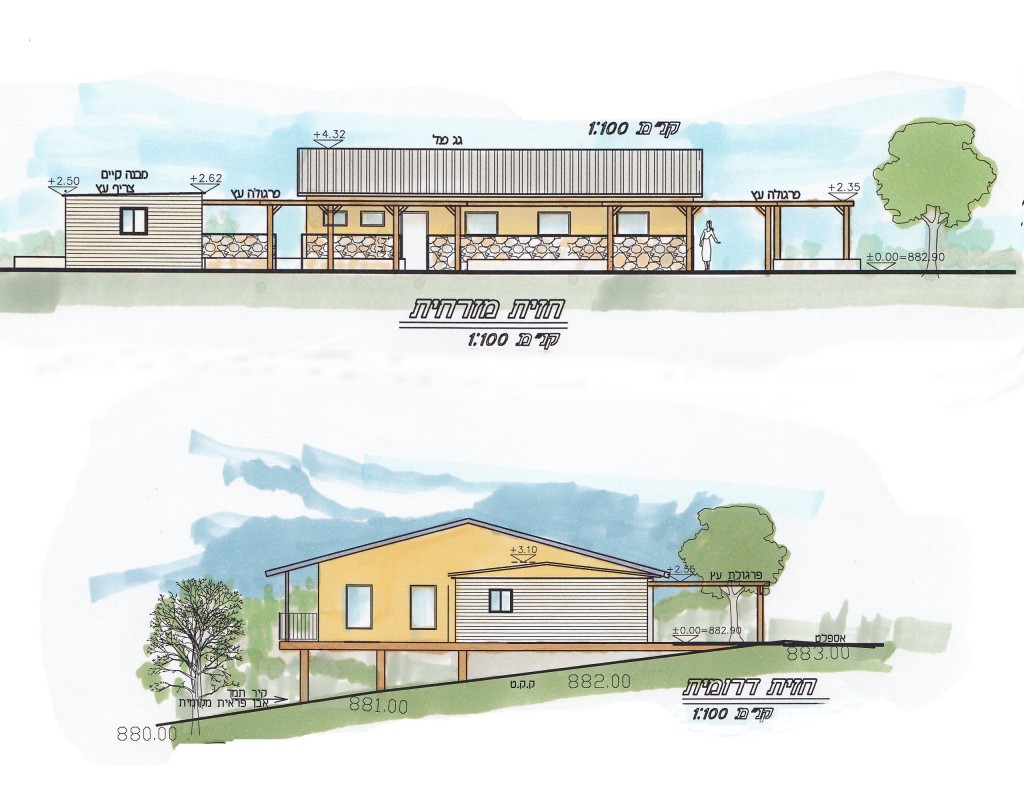 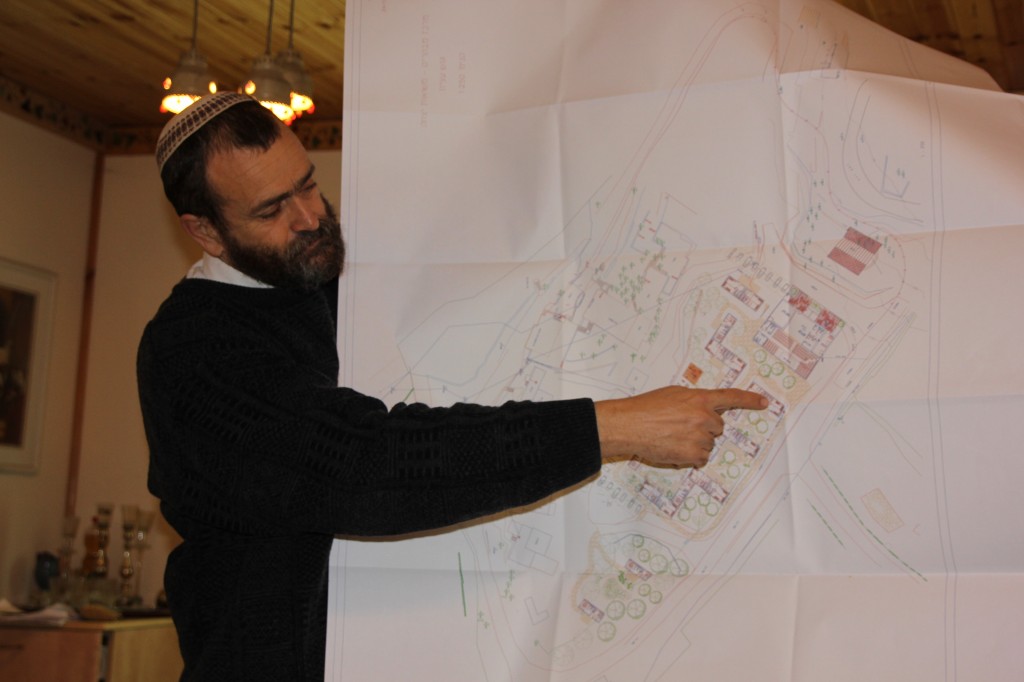 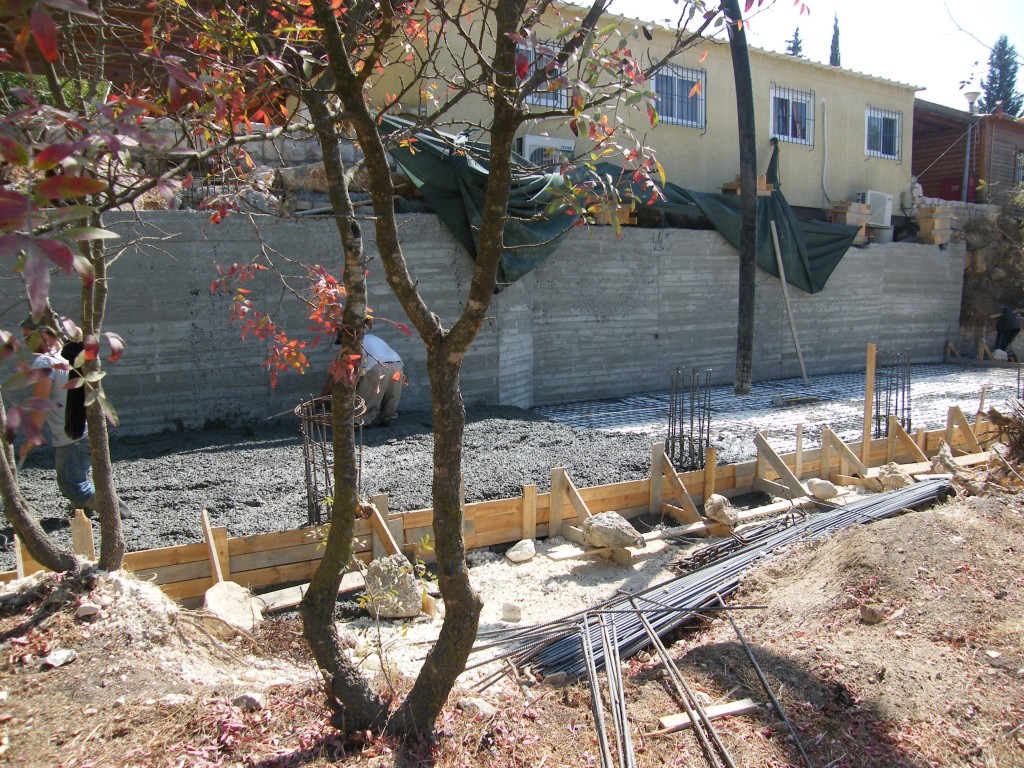